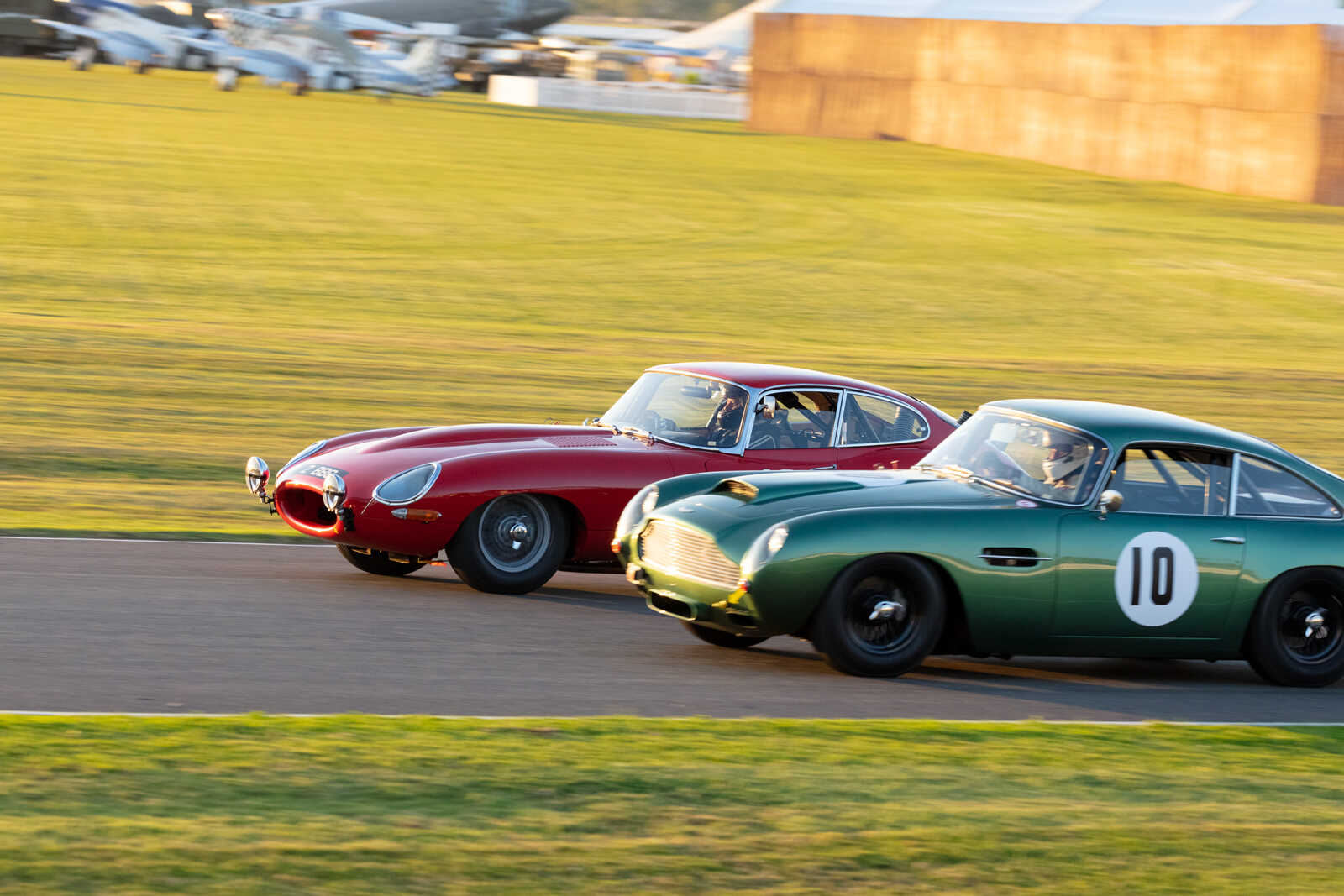 After a great Goodwood Revival win in Sean and Laura Danaher’s wonderful 1938 Maserati Grand Prix car we headed off to Spa for the 6 Hours. I was again racing with Julian Thomas in his stunning light weight low drag E Type Jaguar and driving that round Spa was eagerly anticipated.

The first few laps in testing on Thursday certainly didn’t disappoint although there was lots of traffic, hardly surprising as there were 109 cars entered for our race!! Still we were straight on a good pace with more to come.

I had also been asked to race the beautiful Morgan SLR which I raced last year with Simon Orebi Gann with his wife Kate on the pit wall. As the sessions were well separated there was no clash and it was great to be back in the car. I did not test it as Simon wanted to keep the miles down so the first time I drove was in qualifying on Friday morning. It all came back quickly and after just a few laps we were 4 seconds under the lap record and in third place on the grid. All was well.

Next up was qualifying for the 6 Hours and Julian went first setting an excellent time for class pole. Next up I was purple in the first sector so pushed on hard. Suddenly I was sideways and heading on to the run off at Pouhon. The lap was lost but I pushed on through worsening traffic hoping the oil would dissipate and I could get a good lap in. It did not work and having run wide again was embarrassed when race control docked Julian’s fastest lap!! With massive traffic I was unable to regain the advantage so we were P2 in class and P13 overall. Nevertheless a good starting place for the 6 Hour race.

With the race starting at 1555 we had a leisurely start to the day. Before we knew it Julian was on the grid and the race was on. The start was incredible with the leaders passing the endurance pits while the tail-enders were still coming through the chicane!! It was an incredible sight. And Julian was straight on it passing the car in front for the class lead on the run up the Kemel Straight. Before long he was battling for 7th and things were looking good. Suddenly there was a safety car as one of the cars ahead had suspension failure with Gerhard Berger at the wheel and was in a dangerous position. And then Julian did not come round! On the monitor we saw the car at the side of the track. Unfortunately it had gone on fire under the safety car and by the time it was recovered to our garage and taking into account repair time it was not worth continuing. Very disappointing as we certainly looked like we were on for a good result. And I did not drive a lap!! Well…. next year!

Sunday morning dawned damp and drizzly. Ideal for the low powered but nimble Morgan SLR. Simon started and held his own well under very tricky conditions. It was a 90 minute race which we were splitting equally. This was going to be fun!

Just before the pit window opened the safety car came out and things became quite complicated as judging lap time and getting the in board correct so we did not pit early and get a penalty, was confusing. The timing did not quite work out for us and we did an extra lap. This dropped us down some way but once I was on my way and things had settled down on track I saw from my pit board we were P6 in class. However P5 was only 9 seconds down the road. Some work to do then, I thought but with the lovely handling and some ridiculous slides, next time round it was P5 with P4 only just ahead. What I did not know was that P3 was just ahead of P4 so next time round I was into a podium position. Things were looking up although P2 was now 40 seconds ahead with only around 4 laps to go. I had no information as to his pace but pushed on. Next time around the deficit was 25 seconds so at this rate it looked like P2 was possible. And with 2 laps to go I had a good tussle with a Healey and swept by into P2 receiving a very nice trophy after the race.

With date clashes abounding it was great to be back in the SLR for the only race of the year. Many thanks to Simon and Kate with Jeremy on the spanners.

A fabulous week end despite not finishing the 6 Hours. A huge thank you to Julian, Jeremy and the whole team and especially to Melanie for looking after us so well.