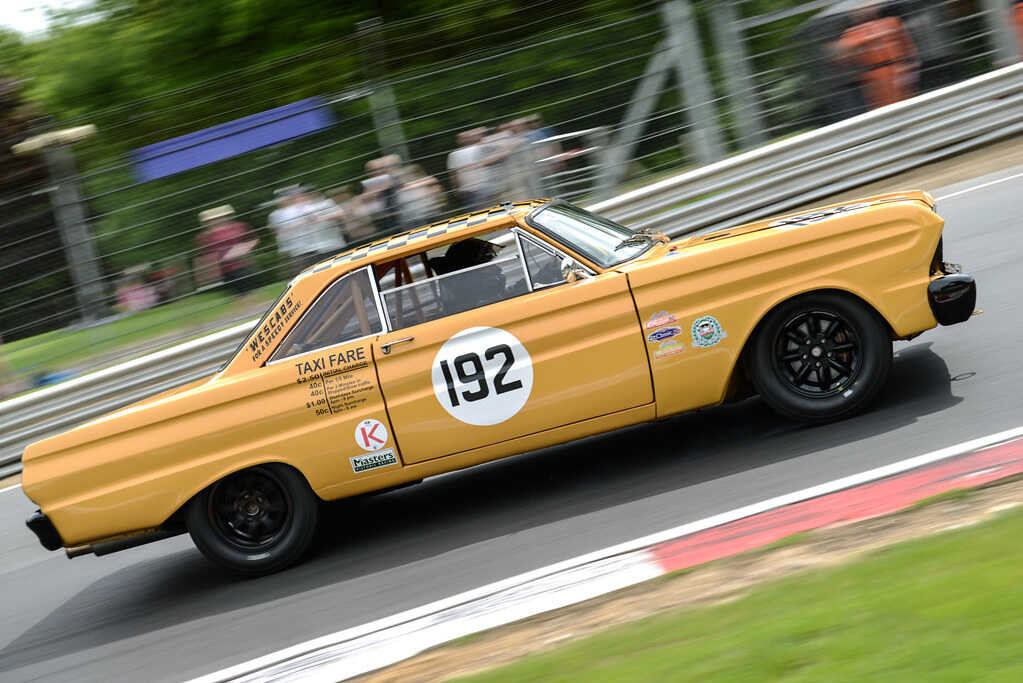 The season final was upon us at the fantastic Portimao circuit in Portugal.

We were here for testing on Thursday, qualifying on Friday and two days of racing over the weekend.

We had 3 cars on hand: Ford Falcon, Chevron B8 and the fire-spitting Kaliber Ford Sierra Cosworth RS500. This was going to be fun! 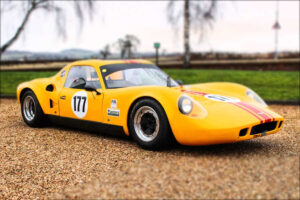 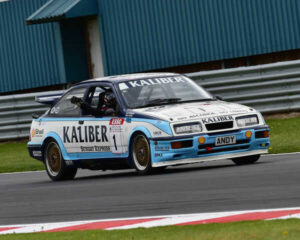 Testing was all good until Alex Bell’s Healey 3000, shared by Julian, returned to the pits with a problem. It was not going to take any further part which meant Alex would spend 4 days at the circuit watching us have all the fun. So Julian asked me to step aside from the Falcon so Alex could race and I was happy to oblige.

Qualifying saw us on pole for the Historic Touring Car race pulling 160 mph down the pit straight! And it sounded glorious….

The class structure for the pre-’75 Algarve Sportscars was a bit of a mystery as we were in a class with much more powerful cars with downforce so we were a bit outclassed. Still, P3 in class for the Chevron B8 was the result.

The first race was in the RS500 and Julian led away from pole with the pack snapping at his heels. The car sounded fantastic and was a blast to drive around this circuit. Pitting in the lead for the driver change we were a bit tardy getting out again so as I emerged from the pits the Cologne Capri swept past into the lead. I got my head down and gave chase but was struggling with locking rear brakes. The adjustment was already fully forward so I just had to make do.

Out of the Hairpin on the second last lap, I managed to get past the Capri but 6 corners later slid wide in an enormous opposite lock slide with the rear brakes locked. The Capri re-took the lead and I knew it was going to be close with just over a lap to go. I gave it all and managed to slipstream him down the main straight taking back the lead into turn 1. Then it was some of the most defensive driving to prevent him outbreaking me as I had to brake early to avoid locking the rear brakes.

Going into the 3rd last corner the Capri was right on my back bumper but had no way by up the inside. We blasted onto the main straight and I crossed the line about 30 feet in front to take the win. Wow, that was close and loads of fun with plenty of power slides out of the corners!!

In the Chevron race on Sunday Julian had some great fun outfoxing the big engine cars by divebombing them into corners early in the lap, drawing out a gap and then hoping he had enough to keep them behind down the Pit Straight. This worked really well and he handed over to me P3 in class and P4 overall. By then things were fairly spread out and I ran to the end in the same position, keeping an eye on a bigger car 10 seconds behind.

And so the season closes. It has been another absolute blast with over 30 races in 9 different cars. Double figure wins with plenty more podiums to back that up. As Winter approaches, thoughts turn to next season….. watch this space!!

As ever, huge thanks to Jade and Julian for an amazing season, and to Sean and Laura, Mark, Ross and Simon and Kate.

View all of Calum’s upcoming track day events with www.goldtrack.co.uk