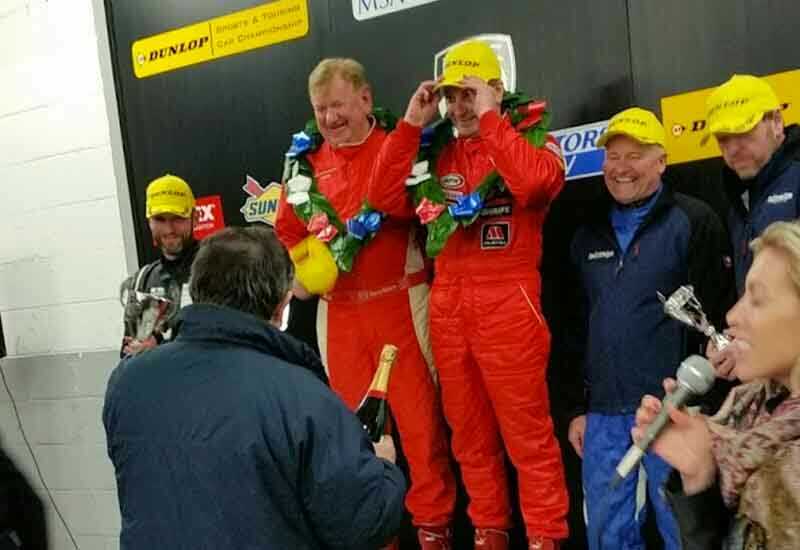 GT and Production Races For Practice

The final round of the Jaguar Classic Challenge was looming and due to other commitments, Julian drove solo for the test day on Wednesday. This all went very well with a time 7 tenths under the fastest lap from last year.

Due to other commitments for Julian, I drove for the Saturday test sessions and qualifying. The first session went well and I re-acquainted myself with Julian’s stunning low drag, lightweight E Type Jaguar and Oulton, having not raced there for a year. Keeping it all in one piece is always important but we were racing for the series win this weekend. The pressure was on.

The second session was used just to scrub in some tyres and we were all set for qualifying. Before we knew it the time had passed and I blasted out of the pits to start my qualifying run. I took it steady to warm up the tyres and then got on it. The result was P1 but only by a tenth of a second. Pushing on for the next lap it was looking good on the VBox predictive timing screen and I was well up. However, a car was in the way at Lodge and some time was lost but it was enough for pole by nearly half a second. Job done.

We reconvened in the morning to a long wait for our race slot at 3.20 pm. As usual, the time passed quickly. As Julian had not qualified I had to start the race. For the first time for me in this car, it was a standing start. Giving it plenty of revs I bolted off the line and settled down to see if I could build a lead. This went well although the car was going sideways an unusual amount.

Before I knew it the pit inboard was shown and with a decent lead, I pitted to hand over. Both of us were very cautious not to get a penalty so perhaps our pit stop was slower than usual. Anyway and somewhat unexpectedly we emerged from the pit stop rounds in P2. Julian went for it and putting pressure on the leader pushed him into a quick spin and we were back in the lead which we held to the flag.

Afterwards, we discovered that the other car had a penalty for a pit stop infringement.

So, a fantastic series win with 4 wins from 5 starts and a great way to head to Spa for the 6 hours meeting as JCC Champions.