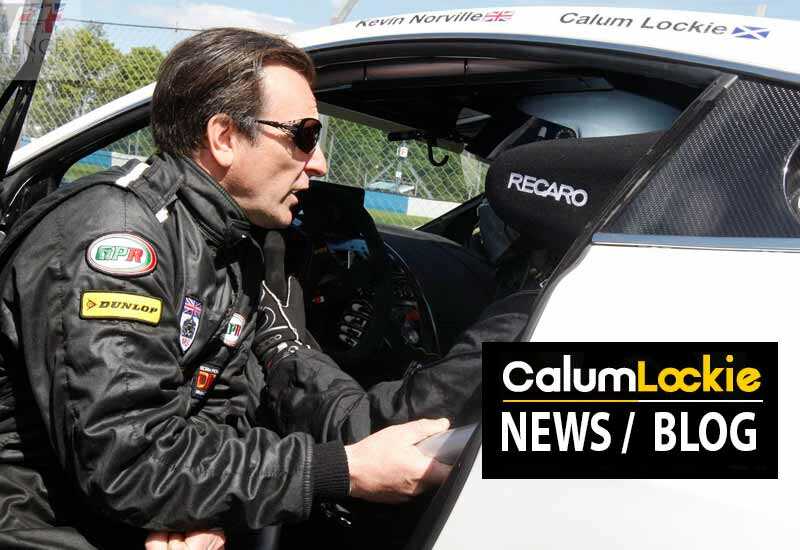 Burning Off A BMW Z4 GT3

With Autumn coming fast the temperatures were low at Oulton Park as the Britcar paddock gathered. Testing on Friday was dry and using old tyres we got to work and found a nice balance in the car. Although the weather forecast was for wet on race day, we had to scrub 2 sets of slicks in case. This gave me an opportunity to try a couple of qualifying runs and, despite the low temperatures we were well into the 1 min 37s with more to come.

Race day dawned dry so maybe we were going to be lucky! David drove in the warm-up session and settled himself in nicely ready for qualifying. It was a very hectic schedule as we were competing in the GT and Production 50-minute race as well as the 2 and a half hour Britcar Endurance race.

So, next up was GT and Production qualifying and David went first to complete his mandatory 3 laps to qualify. All done he pitted to hand over to me just as the rain started to come down. I went for a try but after arriving at the Shell Hairpin completely sideways it was clear that the slicks were not going to work!!

Back onto the track on wets, I had one lap to put in a time and duly did that as the only car to try wets. On pole by nearly 6 seconds!

Next up was Britcar Endurance qualifying and now it was properly wet. Again David completed his 3 laps and handed them over to me. I went out on sticker wets and brought them in over the out lap. Gunning it towards the start/finish line I set off to set a time. It was 4 thousandths off pole!! This was going to be exciting… and close. The rain was increasing so I reckoned I had one more lap to try to get the pole. Giving it all we grabbed pole by 2 tenths and all was set for 2 exciting races.

Off pole, for the GT and Production race, I gave it all and worked hard to build up a gap. The rain came down harder and harder until we were aquaplaning pretty badly and I thought it was a bit marginal. Someone obliged with an off we were under the safety car. I shot into the pits and after another cracking pit stop, David was on his way.

However, we had lost most of our lead as the other cars had caught up under the safety car. On the restart, David was fighting hard and keeping us in the lead. On the last lap, a small skirmish with another car spun David several times but with no damage, he came across the line P1 in class and second overall. A great result in terrible conditions.

Only a couple of hours later and I was back in the car ready for the main race. The team had worked wonders to re fettle the car and all was set. Off pole, in very wet conditions I kept the lead and a real dog fight with the Audi ensued. Very quickly we started lapping cars and on the narrow Oulton Park track, this was very exciting. Eventually, I got boxed in and the Audi managed a pass.

However, it was not for long as it had hit another car while overtaking and had to pit for repairs. This lasted some laps so they were really out of the picture. I kept my head down and completed my stint in the lead with a good margin.

After the first mandatory 90-second pit stop, I shot back out onto the track and set about my last stint of 30 minutes. The rain had pretty well abated but the track was very greasy and great care was needed to avoid an ‘excursion’ while still pushing on. The stint went fast and before I knew it I was into the pits to hand over to David for his 1-hour stint to the end of the race.

David proceeded to drive a stormer getting faster every lap. We were in a good safe P2 overall but the BMW Z4 GT3 was catching. Despite the pressure, David kept his driving neat and tidy. But with a few laps left the BMW caught him and made the pass for second. However, we were sure that the BMW had not completed the 2 mandatory 90-second stops so depending on the gap at the end and the penalty imposed we would regain our P2. And so it worked out as David stayed close behind the BMW which received a 60-second penalty at the end.

Another fantastic weekend with 2 poles, 2 fastest laps, a win and a second!!

A huge thank you and well done to David and to the team for another perfect car.