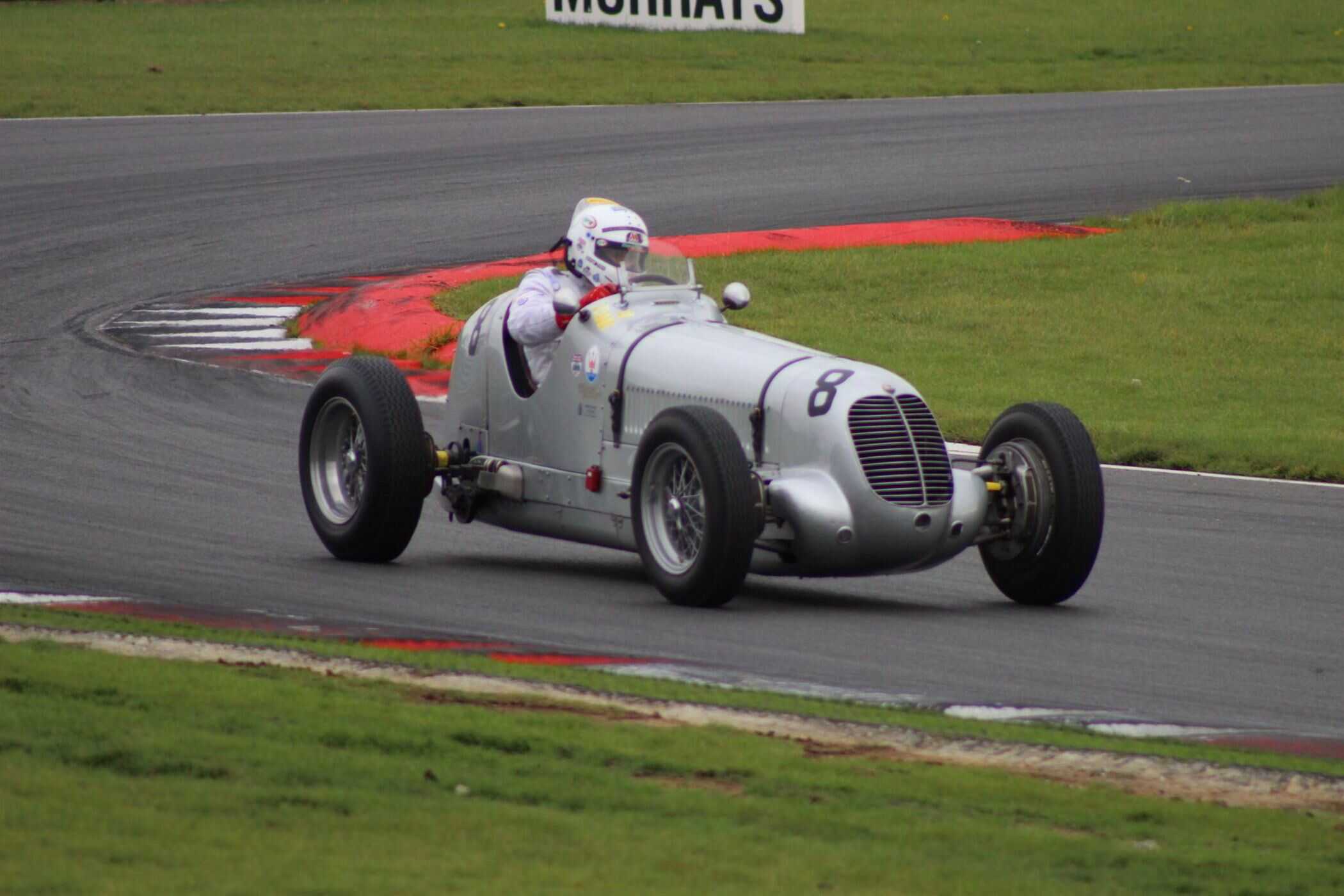 Position 2 for Calum Lockie at the Goodwood Revival

I have been really looking forward to the Goodwood Revival and racing Sean and Laura Danaher’s fabulous 1938 Maserati 6CM Grand Prix car I raced last year to 3rd place. However, there was a very strong ERA entry with up to 8 cars capable of winning. Times were going to be tough and on paper, a podium was looking distant. We give away 500cc to the ERAs so the pressure was on.

Qualifying was held on Friday with lovely weather and a dry track. I got out early and went for it straight away. With a 28 car grid traffic was going to play a big role so I thought an early quick lap would serve me well. Pushing hard (apex speed at Fordwater is 127 and we take it flat and we are pushing 140 down the main straight) I popped in a 1 min 31.085-sec lap which turned out good enough for P2 on the grid. This was well ahead of expectation but I was aware of the massed ranks of fast ERAs at my heels.

The Goodwood Trophy opened proceedings on Saturday morning. Again it was lovely weather and the track was good. Driving around on the warm-up lap I was rueing the power advantage of the cars behind me and wondering how swamped I would be at the start.

The flag dropped and we were off. My start was ok but with a bit too much wheel spin. I dropped to third by Madgewick corner and was already surprised that more cars had not come by. I was right on the tail of the two leaders and was working hard to keep in touch. This was going well ahead of expectation, especially as I out braked for second place. Moments later I was through to the lead but knew it was going to be short-lived as we exited Lavant onto the long straight. Sure enough, the big power of the ERAs blew them past and I was back to third!!

And so the dog fight continued until a safety car was called as two cars had collided at the Chicane with one going upside down on its driver. He was quickly out from under the car and able to walk to safety. Good news indeed as without seat belts or rollover cages injury is a big spectre in such an incident.

Away went the flags and we were off again. I was jumped for second off the restart but chased hard and moved back to the second two laps later. Making a break I held on to finish in P2 which was well ahead of expectation and a really exciting result. I had also matched my qualifying time so feel sure there is more time there. Next year!! Further, my lap time was the fastest ever 6CM time around Goodwood by 1.6 seconds.

With racing over a fantastic and exciting weekend was nicely rounded off with copious quantities of champagne. The car was faultless again and the Sean Danaher Restorations team did their usual superb job. I’m back in the car in 2 weeks for the Intercontinental Trophy at the VSCC Snetterton Classic and I cannot wait.