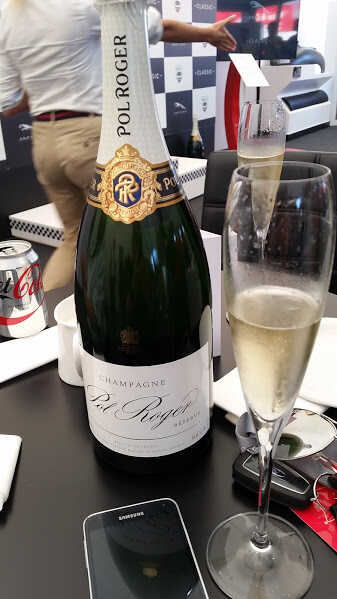 I also raced an Aston Martin GT3 in the famous Rolex 24 hours at Daytona in Florida with the North American works team TRG, two different Jaguar XK120s and Simon Orebi Gann’s lovely Le Mans bodied Morgan SLR in which we came second in the Championship. A tall order to get anywhere near this in 2016…..

And another great year it was!!

David upgraded to a Ferrari 458 GT3 car and we set about winning the Championship for the third time in a row. Alas, the season started poorly but after a hard fight back in both the Britcar Endurance and Britcar GT and Production Championships, we emerged with second place in the former and another Championship win in the latter. Highlights were certainly pole and fastest laps at Oulton Park and Silverstone and various wins and podiums throughout the season.

The Continental Trophy Series had sadly come to an end in 2015 so the focus was to win the two most important races for the Maserati 6CM in the Pre War season. These were the Nuvolari Trophy at the Donington Historic Festival and The Goodwood Trophy at the mind-blowing Goodwood Revival.

First up was The Nuvolari Trophy and a hard-fought pole position for the first race. In the race it was wringing wet and, carrying a small problem, second place was gratefully received. However, the main event was the next day and storming away from second place on the grid the lead grew while the others fought amongst themselves. However, soon I was lapping the tail-enders and this was losing me time. The chasers were gaining and this was nearly my undoing. On the second last lap a backmarker held me up and the second-placed car dragged past me on the Pit Straight. However, I out braked him 3 corners later and held on for a fantastic win, the first time it had been won by a Maserati.

The second important race was at the Goodwood Revival. Last year I had qualified on pole but, at a power and torque disadvantage to the 2 litre ERAs I had to settle for second place, still a great result at Goodwood. This year the battle for pole was won again. Off the line, I made his best race start ever and shot into the lead. And so it stayed till the chequered flag!! A winner at Goodwood and the first time a non ERA had won the Goodwood Trophy for a decade.

New for 2016 was racing with Julian Thomas in his fantastic low drag, lightweight E Type Jaguar. We were competing in the Jaguar Classic Challenge and started the season in fine style at Donington with pole, fastest lap and win. And so the season progressed with 4 out of 5 wins in the series including a top-level win at Le Mans for Julian driving solo to take us to the Championship win. We also contested the Spa 6 Hours and another two 2 hour races.

I also raced the Morgan SLR in a one-off at Spa in Belgium. It was terrible weather but the nimble SLR took everything in its stride and a second-place podium was a great result.

And so the season draws to a close. Now I’m looking forward to racing next year. Season seats in the Ferrari, the E Type and the Maserati 6CM are already confirmed and no doubt some other offers will be along shortly.

My other activities include running a track day company Gold Track with my partner Melindi. We’ve just reached the end of our 21st season. We run about 35 events across the UK and at Spa in Belgium. These events are highly popular with participants in road and race cars whether self-owned or hired for the day. A typical Silverstone GP track day would see around 95 cars of all sorts enjoying non-competitive track driving fun with safety considerations foremost. Corporate days are a frequent addition to these days enabling guests to experience the thrill of fast lapping on track.

I also have a very busy race and track day driver coaching business. Pupils of all levels of experience are catered for and I can supply one of my two well-known Porsche 968 Club Sport track day cars if the driver has no suitable car themselves. These cars are famous for good handling and feedback while remaining easy to drive. They have also proved highly reliable and are run solely on Motul products. I use Racelogic’s Video VBox data and film gathering system to aid understanding and give the driver a record of the day’s activities.

And finally a huge thank you to David Mason, Sean and Laura Danaher, Julian Thomas, Simon Orebi-Gann and Mike Norman-Smith for the opportunities and fun in 2016. Here’s to another great season in 2017.